Get Your Uniform Here

A community for sharing ideas, building each other up, and gaining fulfilment from the hobbies we love.

What is the OSB Army?
Notifications
Clear all

A cautionary tale... how to break every basic rule of woodworking all at once Hi all - I'm a novice woodworker, I just really got started 9 or so months ago. I haven't even tried cutting a dovetail yet. I've watched all of Matt's videos on dovetails and the whole box series, bought the plans, bought chisels and planes, made a (rudimentary) shooting board...

I decided to start small though, and I tried making my first box a couple weeks ago, a simple small box with mitered corners. It was going to be a Mother's Day gift. Of course it was already the Saturday 1 day before other's Day that I even got underway. I quickly learned that my homemade benchhook/miter box was nowhere near 45deg so i went to the table saw and improvised a very crude miter crosscut sled. I did the cuts, dry assembled the box (its approx 4" x 7" x 4") and it wasn't a good fit. I then learned that a stationary belt sander is really poor way to try and tweak the miters. After ruining that first set of wood, I started over again on Sunday (Mother's Day) from scratch and got a somewhat better result (although still nothing is quite 90 degrees on the thing). I even added some decorative miter keys after making a simple jig.

When I put the lid piece through my thicknesser, I noticed that it left a few streaks in the wood, where apparently the blades were dull. (I bought my thicknesser and jointer secondhand). I had to do some extra sanding to remove those. But no matter... I glued the lid on, sanded everything to 320 grit, applied danish oil, and let dry overnight. I was pleased.

In the meanwhile I was experimenting on another project making coasters... mundane enough. My idea was to make them look like dice faces. I took a maple board and cut it into four smaller boards a bit over 4" wide, taped them together, and took the block to the drill press and drilled 5 holes through it with a 3/4" forstner bit. I mixed up some epoxy resin and added black mica powder and poured it in, let that cure overnight too.

So Monday night, I took that block of wood over to my bandsaw to cut them apart and discovered that the bandsaw, the smallest Wen-brand benchtop bandsaw, only has a throat capacity about 3.75". Annoyed, I then took the block to my table saw (which of course has thicker kerf than the bandsaw) and raised the blade all the way, but even that would only cut to about 1.75". So I cut what I could and then used a pull saw to finish separating the pieces.

Back to the box... My plan was to cut the top off the box off with the bandsaw, but the box was about 3 7/8" tall, JUST a hair too tall for the bandsaw. Grrr... back to the table saw to cut the lid off. Then I tried using my chisels to mortise out for the hinges. I totally messed it up, and even had the chisel slip and nicked my finger with it. Yep, its sharp, I followed Matt's video tutorial on scary sharp chisels and it worked!

So back to the table saw. I cut a little more off the top to remove my terrible mortises, but then the lid wouldn't fit snug. I tried using my brand new block planer for the first time to true it up. Nope, that just made it worse. Then I tried again using the belt sander to tweak it, and that made the fit even worse, and eventually had to cut off enough of the top to resquare everything that I lost the upper two miter keys. I gave up on the hinges entirely and figured i'd put thin cedar inner lining that the lid would fit over. Assuming I could miter those... so I rough cut the cedar strips and set the box aside. It was getting late and I was frustrated.

I wanted to see what the dice coasters would look like with the surfaces prepped but didn't trust my thicknesser at this point. I already had ordered new blades for it on Amazon, but of course was impatient to make progress. So I took the pieces over to the jointer and used it as a planer.

I ran the faces of the coasters over the jointer blade. Just pushed them along with my hand. Finished two of them relatively nicely. On the third one, the blade of the cutter caught in the wood and shot it out of my hand.

Four hours later, I'm back from the ER. I didn't even dare look at what I'd done to myself. I'm squeamish.

They had to cauterize the tips to stop the bleeding. I could see the smoke, smell it... ugh I'm so stupid.

I saw a hand surgeon the next morning and had surgery the day after. I was in more pain than I've ever felt in my life. I lost about 1/2" off the ends of my index, middle, and ring fingers on my right hand.

Just making a list of the bad decisions, in no particular order:

I haven't been able to go down to my shop in the basement since the accident, or even watch a woodworking video or read one of my books. But I will try again, when I'm healed. I still want to create. I still want to hold the tools in my hand, smell the wood, make sawdust...

My gf went down though just to, well, clean up, maybe locate my fingertips. They are either in the machine still or in the dust collector. She brought up the pieces I was working on. You can clearly see here where the blade caught.

Every woodworking book I've read or YouTuber I've followed has warned about safety. I clearly didn't take it to heart. Who wants to wear gloves or use pushblocks anyway?

Now I'll take the warnings to heart. I hope.

One last thought, I was impressed by my son (13) staying calm, calling my ex wife for help, getting me a towel etc. and generally remaining very calm and level headed through the ordeal. Thank goodness I had the help!

What is the OSB Army? 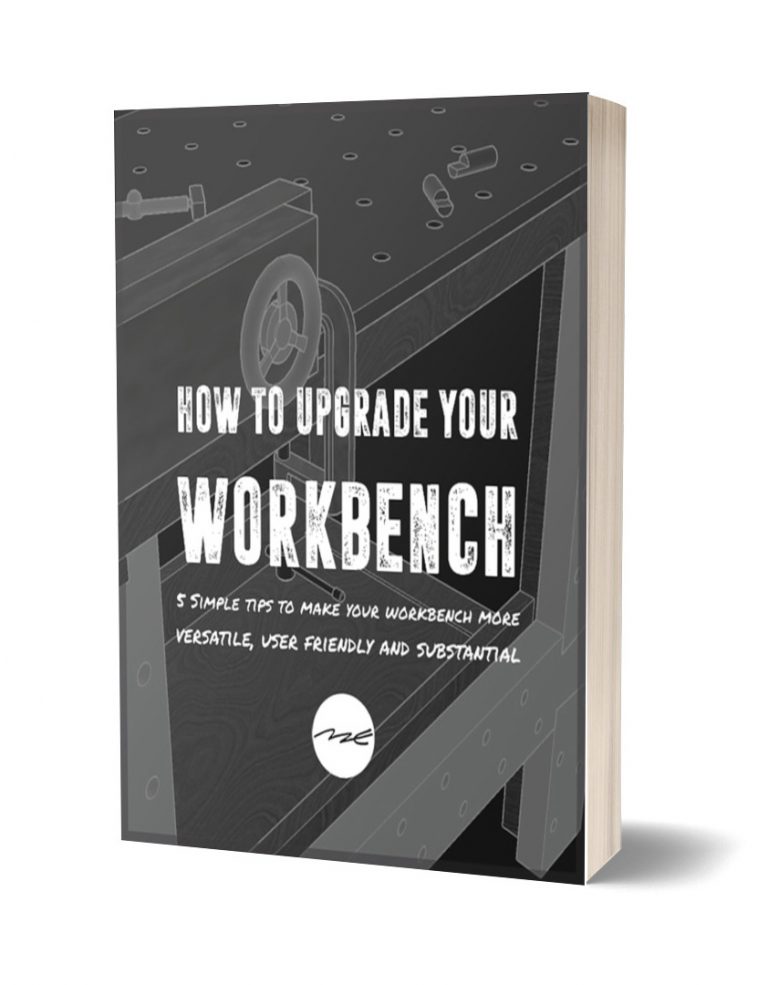 Simply enter your details below to unlock the hidden potential in your workbench.

(Book will be sent to your email inbox)